Re: the Unemployment "good news."

Posted by lex dexter
From Doug Henwood, a most trusted reporter on the US economy, whose weekly radio program and whose Left Business Observer are tent-poles buttressing my shoddy, B- theory-tarp.

While the unemployment rate fell by 0.1 point to 9.4%, the first decline since April 2008, it looks like a lot of people have given up the job search as hopeless, meaning they’re no longer counted as officially unemployed. And the ranks of the unemployed are increasingly dominated by people who’ve been jobless for half a year or more—people whose prospects for re-employment in the future are usually quite damaged by these long spells outside the labor force.

So while there are some signs that the recession is drawing to a close—an impression confirmed by the drop in first-time claims for unemployment insurance last week—the job market is still awful, and the recovery that’s likely to follow the end of the recession sometime later this year will almost certainly be very weak and not very joyful. The U.S. economy has some serious structural problems that aren’t even being discussed, much less addressed. 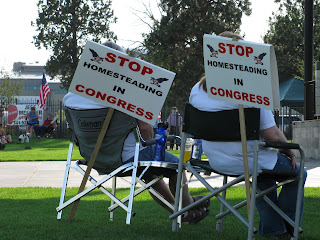 But I guess it's hard to find time to discuss "serious structural problems" amidst all of this latent xenophobe-qua-deficit-hawk Tea Partying? Between this and the Diana from OR vid [see below]. I feel like our political culture has less depth than, say, an average NFL Films presentation from the late 1960s. 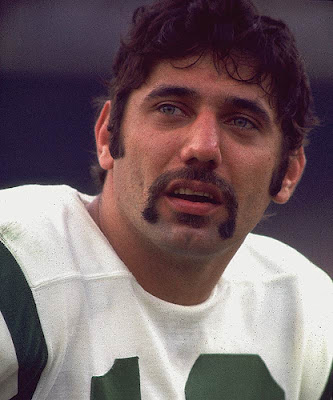 SEIU Receives Threatening Phone Call from Diana from OR

This is what I mean when I say "creepy."

Anyone know a Diana?

Posted by EZ
from Kos,

Hello, my name is Diana and I'm calling from Oregon.

I just wanted to let the SEIU know that America is watching the thug tactics that you folks are using at health care meetings and various other public places, and the absolutely thuggish violent tactics that your group is using.

I suggest you tell your people to calm down, act like American citizens and stop trying to repress people's First Amendment rights. That, or you all are gonna' come up against the Second Amendment.

apparently the SEIU is receiving nasty calls...Not to get psycomalogical but sounds like somebody is projecting. Most of the mob behavior is coming from the nuts.

Short (sized-'Large') American Apparel short-shorts, Cinci Reds Jersey, white ankle socks.
Bob Dylan Christmas Album on the Way
Oh, Jesus. The worst part is that I could imagine liking this -- like, there's a 12% chance I might like this, even. I need to keep myself out of the way of this release.

Fake turkey sandwich on the bakery dept.'s sourdough from yesterday.
Pukekos: Black Eyes
This Is Dancefloor Numerology: Tim Hecker and Fennesz Album Pack
Black Eyes being an always-intriguing latter-day Dischord group, and Pukekos being the best extant mp3-blog-chronicler of a certain tendency in our coastal lives after hardcore, over emo; Hecker and Fennesz representing the most promising of the laptop-shoegaze-minimalism genre that I'm trying to crack open. Do you all like this latter kind of music?

If only the above were my own, actual kitchenette.
Why The Misfits Are The Most Mythic Of All New Jersey Artists
Don't forget the Music Blogs (like Pship!)!!! Don't forget the rock-write, children.
Posted at 15:39 4 comments

We The People Stimulus Package

I am particularly interested in those individuals who decide it's time to put on the historical garb. This is about as close to a set of Tea Party 'first principles' as I've so far found.

"If you decide to do nothing again, then buy a gun. You'll need it."

Labels: tea party, when the going gets weird the weird go pro

Memo to WOBS -- Will You Join the Tea Party Express?!?

In a sweeping, communist-er than thou tirade against the four of five Anglo-American 'left' journals with readerships greater than 200, The Commune arrives upon that beloved OG tackling dummy, John Bellamy Foster, and spews forth fire:

To borrow a catch phrase from Nick Cohen: what’s left of the left? Not much it seems once we plunge into the depths of the other journals floating about out there. A glance across to the U.S. publication, the Monthly Review, might indicate that we are looking at the journal of New Maoist thought – and that would be the Mao of the Great Leap Forward, rather than the Mao of the Cultural Revolution. The entire issue for July to August 2009 is devoted to agriculture, “food sovereignty,” land reform and, or course, the relevance of climate change to all these matters. The May 2009 issue even has a favourable review of a book of Mao’s poetry. It seems that under John Bellamy Foster’s editorship (author of the fraudulent “Marx and Ecology”) the Monthly Review is becoming entirely devoted to slightly left of liberal North American thought: climate change, anti-Zionism, anti-war. Anything, it seems, than engagement with the working class, the labour movement and the promotion of communist ideas.

I know what yr thinking, and yr right! Why accuse a man and his (marxist) organ, of Maoism, when the far more damning charge is that of irrelevance? Probably because you're a self-identifying communist raging against the non-revelation that actually existing 'marxism' in this Northern hemisphere is largely, lamentably, of an academic sort. Yep, even accessible, less-than-parochial marxist clearing-houses like MRZINE are rarely accessed by exactly the folks parochial marxists wish were accessing 'em {-- and that sucks big phlegm-sodas outta cat-sacks, don't get me wrong.} But at l'end of le day, even less accessible* is the cliquish ur-theory that'd cast Foster's eco-marxist imaginings as not just 'wrong,' 'dumb,' or 'ill-conceived,' but instead as "fraudulent."

[* Yeah, yeah, and, uh, least accessible is my writing style, sure. But do you see me fronting any worker-councils, foaming beatitudes, or spewing forth any other such vanguardist-froth? No you don't, Jack/Jill. No you goddamn don't. And shame on me for that. But I gotta go watch Dynasty, see?]
Posted at 11:38 5 comments