SoCal in the House!

Posted by EZ
I love this article from market watch:

Last update: 6:21 p.m. EST Dec. 18, 2008
WASHINGTON, Dec 18, 2008 /PRNewswire-USNewswire via COMTEX/ --
Mark Mix, President of the 2.2 million member National Right to Work Committee, has released the following statement about President-elect Barack Obama's selection of Congresswoman Hilda Solis (D-CA) as the next Secretary of Labor:
"Obama's appointment of Hilda Solis is very disturbing news for America's independent-minded workers.
"Congresswoman Solis is a die-hard forced unionism activist who apparently believes that all workers should be gathered into union collectives -- whether they like it or not. Throughout her political career, she has unfailingly carried water for Big Labor and voted in favor of every forced unionism power grab that has come before her. In fact, she had a 100% voting record from the AFL-CIO, in support of their radical forced unionism agenda.

how much can an independent minded worker in a forced union collective expect to bring home?
Posted at 23:37 3 comments

We may get our progressive yet...

Latest dirt on the DoL search is centering on Harley Shaiken out of Berkeley. And I'm saying that a Shaiken nomination is definitely "not crap."

Here's Shaiken's 2007 House committee testimony in favor of the Employee Free Choice Act, and here's that testimony distilled down into an LA Times op-ed.
Posted at 23:30 10 comments

Posted by lex dexter
whoever downloads, digests and most thoroughly reviews this "vintage" Pearl Jam demo gets a fancy piece of vinyl from me for a trophy (or a fancy cassette: your choice, i've got cool trophies available in both formats.) i'll be looking forward to some earnest, scholarly, scathing whatever. may the worst person win!
Posted at 21:30 4 comments

Next We'll have Tony Blair and Jeff Tweedy...


...talking about Harold Wilson and the other fall of the house of labour.

[i'm working through an obstacle with exactly these cans on my ears. dual volume controls! i am enjoying very much the new Deerhunter and Lambchop records, and speaking of Lambchop the newest Giant Sand would go well between your Lambchop and your Testface records.]

The Interview: Barack Obama - Person of the Year 2008 - TIME

don't even think about not reading this, because it's lengthy and candid.

what a year of politics we've lived through? huh. this is a pointed kind of scrapbook, this list.

outside of our immediate circle, this is where the real top 10 conversation goes on. i am having a great time preparing my top ten...especially since i've already leaked the identity of my #1 on the other blogo.

Golden Girls Jewelry! » Is The “Thank You For Being A Friend” Necklace The Best Christmas Gift Since Christ Was Born?

i come to Best Week Ever exclusively for Paul F. Tompkins. but they've got me by the elbow now. shoegaze and pop-gossip, merry New Year!

blog.aflcio.org, "double-standard-critics-of-big-three-loan-subsidize-foreign-competitors"
again, i keep wondering why it took labor so long to get this winning message out to people!

Posted by lex dexter
from an email list i won't name because i don't know who would or wouldn't want their identity revealed. and Human Subjects is the order of the day, people.

>From Engels: "Hungary, Poland and Russia are the only countries in Europe where invasion is impossible in winter."

(some of) NAM's Greatest Hits - Then and Now

*On the need for Employers to Organize (against the free press and direct democracy, etc):

We must co-operate – we must get together and stick together to uphold our honor and honesty, we manufacturers and merchants, or rampant labor men, socialists and demagogues will be our undoing. All these new fangled ideas about the initiative, referendum and recall, and all these attacks on capital, no matter how honestly obtained, are for the sole purpose of putting more power into the hands of the papers and politicians. In fact, I think the greatest menace that our country has today is a so-called “free press,” bidding for popularity with the thoughtless mob.

The National Association is committed to an unrelenting opposition to this vicious, needless, and in every way preposterous proposition…The worst that can be said of it is none too bad.

The chief work of the Association is an educational one – the molding of public opinion. [If successful] the public spirited masses of the country will rally to their side, and the featherheads and mountebanks who have been casting discredit on many of the labor unions will drop back into obscurity from which they were originally dragged.

We must point out to the people that all this legislation that is going on affects them; shorter hours increases the cost of living, raises taxes, creates a condition for them that is really worse than it is for the manufacturers. We owe that to them. We must do it. That is the most important thing for this organization to do.

Union bosses have made it clear that their highest legislative priority next year is passage of EFCA.

The card check bill would eliminate over 70 years of precedent established under the National Labor Relations Act of 1935 by taking away employees’ freedom to choose under a federally supervised, secret ballot election when deciding whether or not to join a union. It would replace the private, secret ballot election with a system called “card check” which allows a union to organize if a majority of employees simply sign an authorization card. Under this system, the employees’ signatures are made public to the employer, the union organizers and co-workers.

Trading federally supervised private ballot elections for a card check process tramples the privacy of individual workers. Secret ballots are the only way to protect an individual’s freedom to choose without subtle or overt coercion.

(Good to hear this defense of the secret ballot/democracy from a group that has publicly opposed the free press, direct democracy and the direct election of U.S. Senators, eh?)
Posted at 14:02 14 comments

Posted by lex dexter
from 11/20/2008, back before Obama tapped this bleeping "CEO" for the Education Sec. gig:

As a Chicago Public School teacher, I get very worried when Arne Duncan is mentioned as a possible Secretary of Education. The number of CPS students who have been murdered continues to rise on his watch. The number of neighborhood public schools who are closed (and replaced by charters) continues to rise each year. The only schools in CPS which are not segregrated (mine is 99.7 % African American) are the magnet schools. Working in this system, I see very little the federal government can do to actually help inner city schools (policy-wise anyway, we haven't received money from the state of Illinois to build or maintain school buildings in 6 years. That's for the entire CPS district. So, some infrastructure money might help). If Arne Duncan is put in this post, he offers no real education change.

Praise to Martino for being way out front on Arne Duncan. But heaven help those galldarn teachers' unions! [update, as of 12/16, Wobs tells me some higher-ups say it could be a lot worse. and Ezra Klein has a nice summary post that portrays Duncan as a sort of "Switzerland" between/among the unions and the reformers.]
Posted at 22:07 1 comments

Let's talk about restructuring for a moment, shall we?

Posted by wobblie
To the Senators from the Deep South who decided that clinging to a dying ideology was more important than thousands of middle class jobs:

I couldn't help but notice that many of your home states receive much more federal revenue than you pay in taxes. Hardly the model of self-sufficient, pull yourself up by your bootstraps-tuitiveness, eh? Yet somehow you manage to pony up massive subsidies in order to lure automotive manufacturers from overseas into your states. In other words, the hippy-dippy West Coast, New York, Illinois, Massachusetts, and yes, Michigan - the very people you just completely fucked over - are making it possible for your state governments to give massive handouts to automotive companies (some based in "socialist," big gummint countries with free shriek! health care) that are directly competing with the domestic industry.

Let's say we withhold highway dollars, medicare funds, and social security payments until your states "restructure" those sweetheart deals. What's that? That will hurt people whose jobs and livelihoods depend on the flow of those federal dollars? That didn't seem to keep you from fucking anyone over, now did it?
Posted at 21:17 3 comments 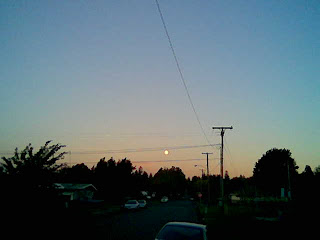 (so anyway i have a long nite ahead of work tonite so i thought i'd send out a relay.)

*goes without saying politico clump
Robert Kuttner on the current BHO conjuncture
Bidenland will be Laborland!

Joe Biden and Robert Kuttner are in their different modalities both sort-of "go-to" guys at this moment. God knows it's great to hear that Biden will be a major labor liaison in the WH. Meanwhile, Kuttner's timely and perspicacious book has rightfully won attention far and wide, and he has subsequently half-emerged even on the stodgy old Sunday Morning circuit as the farrest out left-liberal prognosticator.

here we encounter three figures with whom i've shared a lot of collegiate thundering, but with whom i've also done, let's face it, years of blogging going back prior to even the early prisonship days. (who else misses friendster, folks?) but seriously, here we have three evocative blogposts from three tried and true OG commenters. first, Wilbro re-engages the questions of Southern self-identity that plague the post-Faulkner, pro-Cracker Barrel (or "profauckobarro") impulse that defines so much of our crowd. secondly, recalcitrant blogger kyle mc'caterflare has delivered a terrific festoon of albs straight out of his personal wheelhouse, which is of course the horror-soundtrack milieu. thirdly, the ever-Elvira-like Elvira does outstanding work with primary texts and pedagogical anecdotes that come off with a kind of, uh, gravitas that say, your average pattyjoe clump-post doesn't. highest recommendations

*ooh, cinema! clump (featuring survey question)
gabba drops this (apparently British) cartoon The Snowman on me, and reminds me how I've been emo since way before i ever heard slint or whoever.
the a/v club on cool but unnecessary movie sequels
it's important to me that Weapon X is important to Ezra Klein.
so here's the big question...has anybody seen The Two Jakes (Chinatown sequel). i've heard it's alright - Nicholson directed it? - but i'm more than a little fearful of it, seeing how Chinatown is such hallowed ground...(seriously though, a survey question: name your three favorite sequels.)
Posted at 20:07 2 comments

Labels: Biden, clumps, i went to a "good" college, singing songs about the southland, what we see at the cinema

have a nice day.