desmoinesdem at mydd runs down the scoop on EFCA under Harkin:

Harkin has been the lead Senate negotiator on EFCA and is replacing the late Senator Ted Kennedy as chairman of the Committee on Health, Education, Labor and Pensions. Speaking to the American Rights at Work group yesterday, Harkin said he had 60 votes lined up behind a compromise this summer:

"As of July, I can tell you this openly and I know the press is all here but we had worked out a pretty good agreement. [...]"

Harkin said prominent labor leaders were on board with the deal, including AFL-CIO President John Sweeney and Andy Stern, president of the Service Employees International Union.

"That's when we needed 60 votes and that's when I called to get Sen. Kennedy down because we needed him for three days. That's when Dr. [Lawrence] Horowitz told me that he couldn't make it," Harkin said.

The Hill's Kevin Bogardus reported that Harkin refused to specify the terms of the compromise deal:

"I will not say because it was closely held, it never leaked out and it still hasn't," Harkin said. "I took it off the front-burner and put it on the back-burner so it is still on warm, OK?"

In May Harkin suggested that the "card check" provision might be dropped from the bill in favor of other changes to labor election procedures. He did not say anything about binding arbitration, which is also an important part of the EFCA.

Freakin fate is playin' with this bill...first the Franken recount held it up...then Kennedy's illness and death...what's next...hopefully nothing serious (seriously)
Posted at 21:09 0 comments

Posted by solidcitizen
You know, the GOP thinking that the Townhallers actually represent a broad spectrum of bipartisan outrage about Obamacare is kind of like the AFL-CIO thinking that 1000 people at an EFCA rally in DC means that the vast majority of American workers are dying to join unions.
Posted at 10:35 1 comments

One thing we've learned since 2007 is that the President doesn't feel just-completely-satisfied with any plot points that don't involve him giving some kinda ur-transcendental speech that "resets," "pivots," "reconnects the American people with their core values," etc.

So what do we expect from him tonight? A "pragmatic" appeal to the independent, moderate co-pragmatists of America? A "grown-up" refutation of disappointed liberals' disappointment? A "bipartisan" concession to deficit-hawk lies, insurance company lies, and other hatefuck fantasies? A "good speech" that brings us closer to a vote, gives Blue Dogs and Olympia Snowe cover for said votes, and gets the country moving away from the direction of capital-administered, neglect-based health care?

I'm hoping for the latter, if only because, shucks, like my Tea Party friends, I'm ready to transfer all this animus and mawkishness into the emergent bloodbath over that other disappointing disappointment, cap and trade.
Posted at 11:35 65 comments

Why is there so much more support for the public option in the House than there is in the Senate? Does it have to do with demography, geography, etc.? 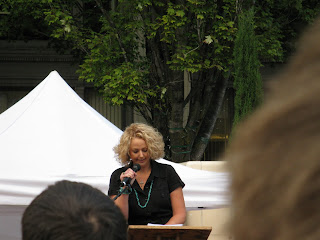 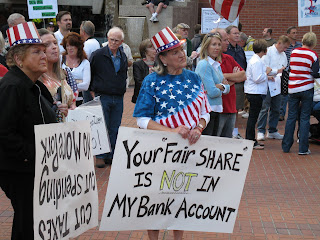 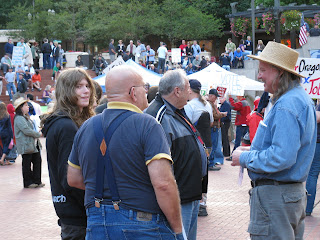 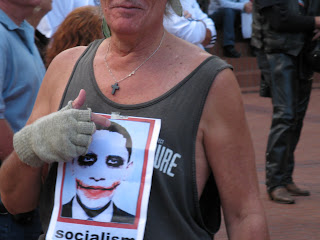 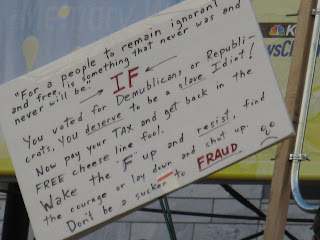 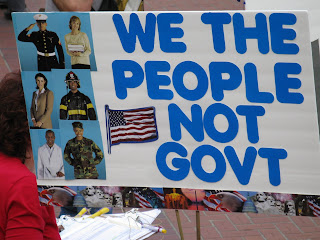 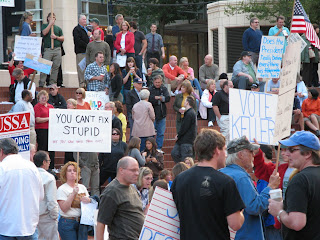 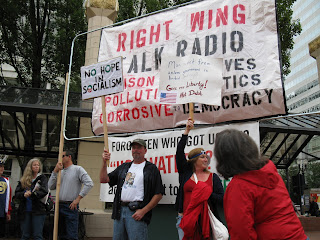 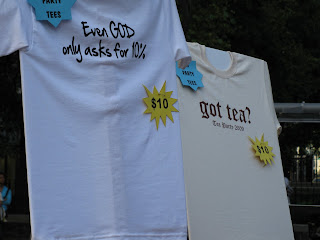 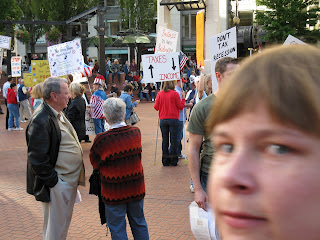 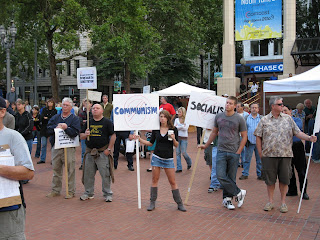 You recall the subject of this previous citation sur l'OG? Luckily for us, MaxRedline took the occasion of Labor Day to reflect upon the state of the unions (ahem!) in 2009.

Even the most avowed of laborite, liberal firebrands would do well to consider this reasoned, incisive, intellectually responsible work of social-political cartography. Jeepers creepers, it is 2009.

Obama: All Owe A Debt To Unions

He should have stopped after the first three words. We all owe a huge debt - not to unions, but to the policies that Obama and his fellow Democrats (heavily supported by unions) have managed to ramrod through.

Unions had a place in American history, but their time has come and gone. The most productive states in the USA are all "right to work" states, and the unions have "prgressively" infiltrated the public sector, where they inflict far more damage than good.

Where union membership is entirely voluntary, it may well serve a good purpose: when people come together voluntarily in support of common objectives, they constitute a powerful force. But unions gave up on that approach long ago; thus their heavy push toward making "card check" national policy. Secret ballots are anathema to today's union leadership. They want to force people to "join" so that they can collect ever more "dues".

This is something that they view as "free money", to be used however leadership chooses. Today's unions are all about "organizing" - by force if need be - but not at all about representation, which was the common bond that brought unions into being.

Our armed forces don't rely upon forced conscription, because it was recognized years ago that the best and brightest come from those who choose to serve. Unions, once based upon this principle, have abandoned it in favor of conscription.

Given that it was Democrats who supported slavery, it is hardly surprising to see that their main base of support comes from union bosses today. 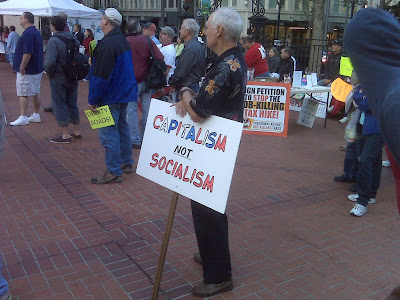 Jeepers creepers. We can laugh, but mainstream political "common sense" laughs back at us. On days like today, I fear that Max Redline's worldview resonates more deeply with the popular imaginary - if not the polis itself - then our own political understandings do*.

*(And yes, I realize how unduly overindulged that last bit of "syntax" was, and how microcosm-ish this zero degree 'academic emo' prosody is. And no, I won't write off that falling-short-in-writing as merely sloppy "irony.")

Happy Labor Day! Get fired up!

Posted by EZ
Happy Labor day! (could not let it pass without a post)

I watched with glee the Obama speech to the AFL/CIO today, and well it got me fired up!
(it is on c-span, and on huffpo)
I hope he continues the rhetoric on Wednesday's big Hcare speech.

Wobs-->What do you know about the charge from Jane Hamsher that liberal groups are being corralled in a "veal pen"? How many of these calls have you sat in on?

Soon after the election, the Administration began corralling the big liberal DC interest groups into a variety of organizations and communication networks through which they telegraphed their wishes -- into a virtual veal pen. The 8:45 am morning call co-hosted by the "liberal" Center for American Progress, Unity 09, and Common Purpose are just a few of the overt ways that the White House controls its left flank and maintains discipline.

My own experience with the Veal Pen came indirectly, when some of them had the temerity to launch a campaign against Blue Dogs. They were rebuked and humiliated in front of their peers as a lesson to them all at a Common Purpose meeting, which is run by lobbyist Erik Smith. White House communications director Ellen Moran attends. It isn't an arms-length relationship between these groups and the administration.

A few weeks ago, Rahm Emanuel showed up at a Common Purpose meeting and called these liberal groups "fucking stupid" for going after Blue Dogs on health care and ordered them not to do so any more. Since that time, to the best of my knowledge, none of them have.

These organizations may kid themselves that they're doing no harm, but that's not true. They are the institutional liberal validators who telegraph to liberals that there are problems, that things are happening that are not good for them. They are trusted to decode the byzantine rituals of government and let the public know when their interests are not being served, that it's time to pay attention and start making a racket. When they fail to perform that task, the public is left with a vague feeling of anxiety, intuitively understanding that something is wrong but not knowing who or what to blame.

I think the calls are a great way to coordinate message, and I think it is a long over due response to the previous admin and Rep party's incessant talking points. BUT, left advocacy groups will be toast if they use the "access" to merely "get in line" rather than "line up their interests"
It boggles my mind that Obama is pushing the left to tow the line, when it is the f'in blue frogs that suck, and most need some kind of reform to improve their election prospects...
Posted at 18:23 2 comments